Old and new Psychogun. I was waiting for the novelties in the series of Pontoon 21 Psychogun rods for a good reason. I regularly use these rods while angling for trout, both in the river and pond. The bad thing is that area rods for trout, in their usual meaning, were absolutely against my nature.

I don’t like their noodle-like looks and a certain vagueness. In the meantime, for Area fishing you need to have at least 4 rods, because the tours are short and there’s no time to change the lure or the line. To sum it up, for my favorite PSYCHOGUN PGS 682 ULSF (203 cm, 1,4…7 g) I wanted to add one more, the same.

There’re no old ones, and the new ones have just appeared. I wish they had appeared earlier than the end of the season. But anyway, I managed to try it.

It was at the trout competitions and I caught most of the fish with it. That’s why I will tell you my impressions. The first rod test, let’s take the old model and the new one.

Visually, the new one is designed according to all the modern standards, the rings are smaller, the reel seat is more sensitive, the finger lies on the blank, in principle, everything is in its place. Has the blank changed? The attempt to put the old tip on the new butt end wasn’t successful. The blank is new and one can notice this. The butt end is not as prominent as it used to, but the speed remained the same. For me, as well as, trout fishing, such a change is more than handy.

I had an opportunity to try new PGSS 682 ULSF with two types of lures – silicone for trout (you can call them jig baits) and spoons. And if it’s all quite clear as far as the spoon is concerned, I was very glad to see good casting capability even with smaller lures. Moreover, it managed to retrieve trout of 200-400 grams, and even when the fish was closer to 1 kilo, the rod still coped with it. It was a bit different with the silicone. I thought that due to the changes in the blank geometry the action won’t be as fast and the sensitivity will drop. In fact, it changed.

If in the previous case some nervousness led to the premature hooking of trout, with new PGSS 682 ULSF I liked to control the moment of biting and hook the fish in time, namely, to let the fish take the hook without swallowing it and taking it to the gills.

During all the tours of the competitions I used new Psychogun with Daiwa Freams 2004 reel and a braided line. The only thing that I left untouched was the fluorocarbon trace. After the competitions I tried to use the single line Pontoon 21 Zarkasma 0,14, classical for out stream team.

And that was a difficult change. The first impression is that sensitivity disappeared: you are dragging the fish, but it doesn’t even move and the friction is working evenly, but at the same time it’s almost impossible to fail the hooking! And even if you do, you are retrieving, feeling a different kind of biting: not the abrupt jerking which you nervously react to, but clear pulling, light hooking and the retrieve without a feeling that the fish will tear the line or its lips. 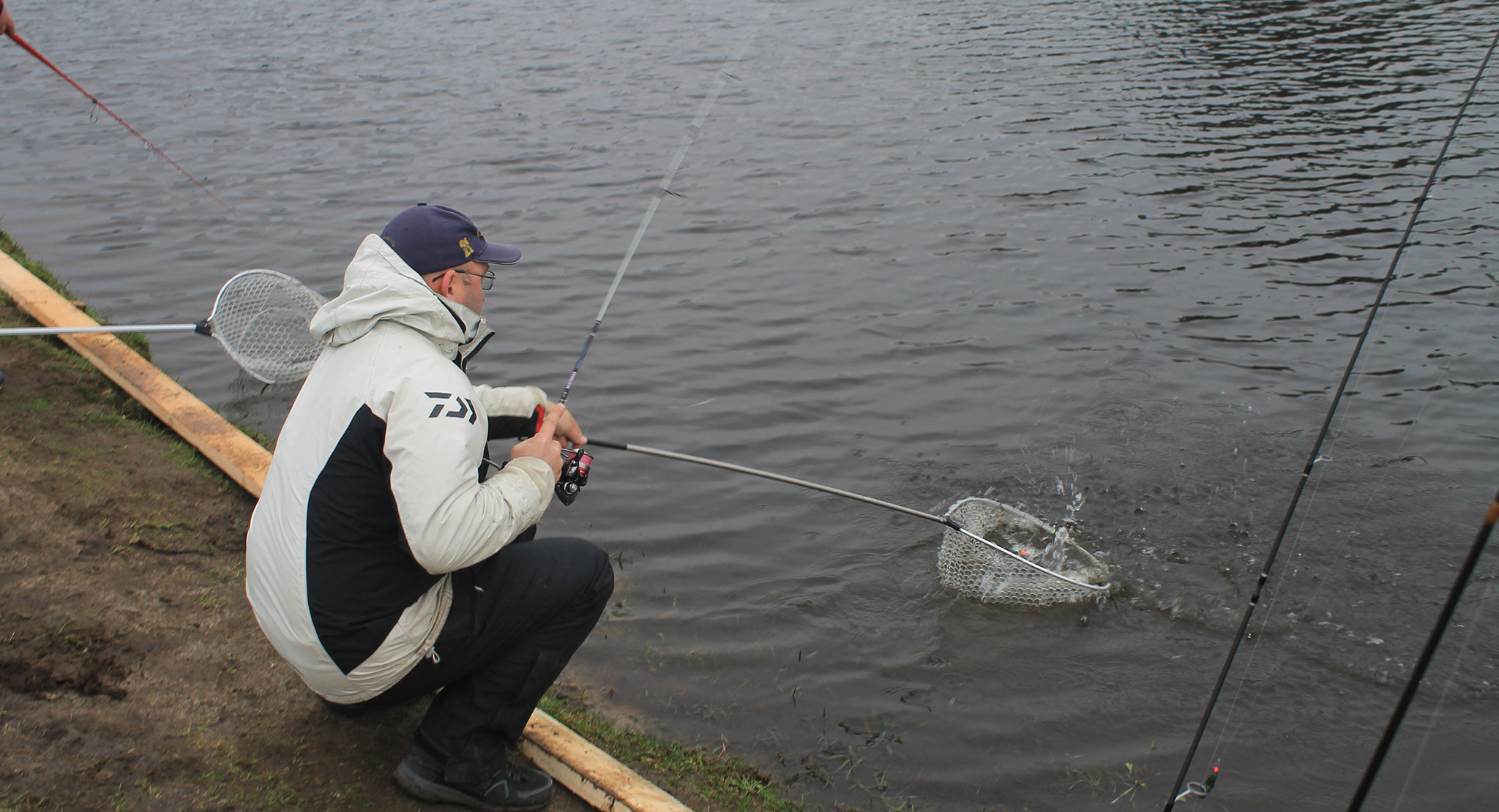 It’s difficult to make any conclusions after the first tests, it would be better to try fishing for predator classical for our territories – perch. Then, the impression will be complete.

So far I can only say that I liked new Psychogun, as far as the trout is concerned. More than that, it is fully compatible with my conception – 4 rods for Area trout fishing. And I am almost sure that it will soon take the position “favorite” in stream fishing.