The raging nature did not leave the slightest chance of holding competitions on any of the rivers in the region. Water is everywhere, and even roadside forests and fields stand in the water.

The Bečva River at the monitoring point has already reached the "red" zone - the water level is now just over 400 centimeters, with the norm at this time less than 100 centimeters.

But the rain stopped, trout is released into a small reservoir.

As the place of contest and the order of launching trout changed - all the events of the first day of the competition were decided to postpone for three hours. The entrance to the fishing zones is scheduled for 11.00, the first start, respectively, at 11.30. Coordinates of the pond: 49.529772,17.842025, the nearest town: Milotice Nad Bečvou.

The first event is a meeting of captains, which in the official protocol is called the dry term "technical". But traditionally at the Trout Union Cup it takes place in a friendly atmosphere.

The International TUCAS Fishing Association and the sponsors of the contest - Anglers Zone, Anglers Republic, Megabass, Owner, Pontoon21, St.Croix, Zipbaits are actively involved in the preparation of the Trout Union Cup.

Many athletes have for a long time and successfully use the gear of these companies and their logos on the flags of the tournament - confirmation of the high status of the Trout Union Cup. According to the tradition, prizes for individual winners –rods of Pontoon21 and Megabass companies were added to cash certificates.

Pontoon21 Stylo and Unitra Series rods have long and worthily enjoyed the sincere respect of professional trout fishermen. They are used by many winners of various competitions of the Stream Trout.

The series of Light War rods from the world-famous Japanese company Megabass belongs to the family Destroyer Blizzard and developed by the combined efforts of an international development team. President of Megabass company personally present this series during his trip to Russia (a 2-episode film about this event can be viewed on the Anglers Zoom video channel in the Anglers Chronical rubric).

Two main sponsors of the Trout Union Cup 2017 - Megabass and Pontoon21 – supplied all the participants of the Czech tournament with the form of a baits set , consisting of Pontoon21 Crackjack, GagaGoon and Greedy Guts, soft plastic Pillo, as well as Megabass Great Hunting Minnow World Spec (which were already "Run-in" in the pre-series performance on the Trout Union Cup 2015 Slovakia by many fishermen). And now all the participants of the Trout Union Cup in the Czech Republic have the opportunity to get to know them in real "combat" conditions of the competition.

In addition to announcing prizes and distributing gifts at the captains' meeting, technical and practical issues of the competitions were resolved, including an order of the fishermen performance.

At 6 pm, the grand opening of the Trout Union Cup 2017 Czech Republic took place in the city castle.

No trace was left of the bad weather stress and uncertainty due to the catastrophic rise in the water level in Bečva. Meeting with old friends, jokes, selfies and groupies , applause to each team - in general, the atmosphere of a real fishing holiday. The organizing committee of the competition - Mario Matiashich and Stanislav Pernicky, the mayor of the city Robert Stržinek and the chairman of the local fishing association Mr. Jaronj warmly welcomed and gave each participant gifts from the city.

By the way, on Stanislav Pernitsky initiative local craftsmen made a small copy of the tournament medal for each fisherman . A great gift for memory!

And all: the organizers, sportsmen and fans, and just sympathizers look forward to the first round ... When after start signal 97 lures comes to the water at almost the same time... Certainly this night can not be called calm.

Starts and sectors - in attached photos

P.S. And as for the bad weather and the nature "cataclysm" that happened ... the mayor in his address to the tournament participants joked: "We did what we could for the tournament. But the weather, unfortunately, is not in our competence ... ". That’s OK. We are not intimidated by the weather! 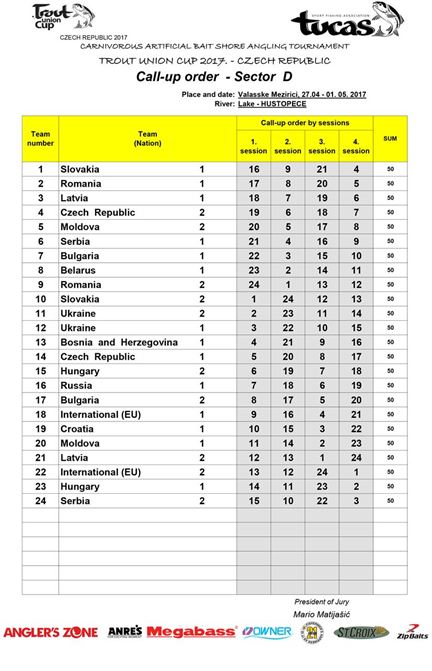 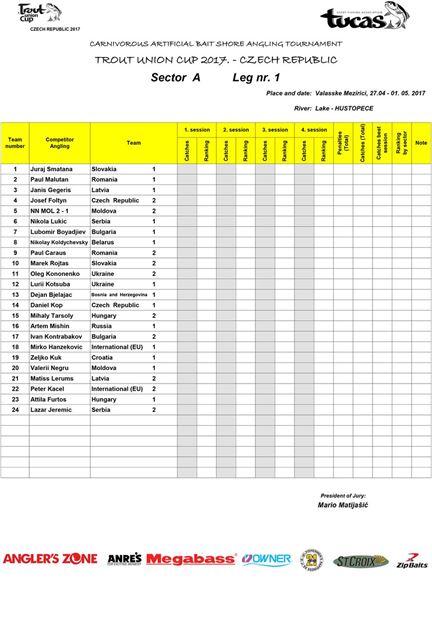 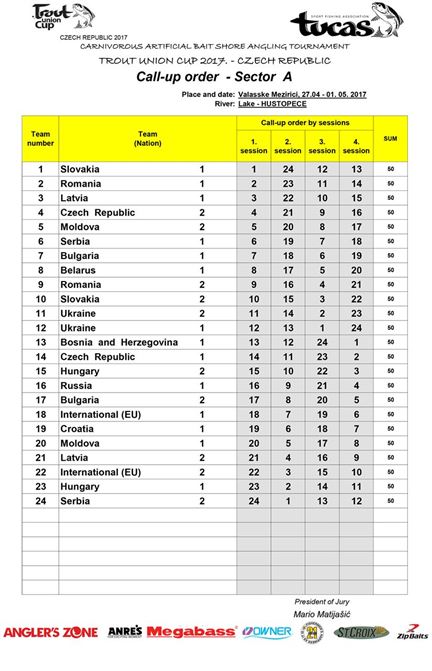 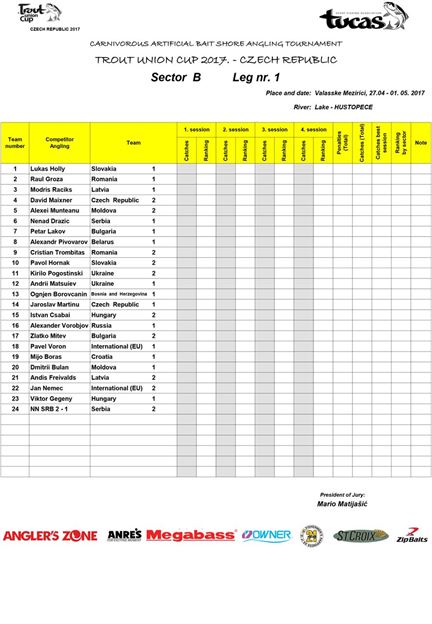 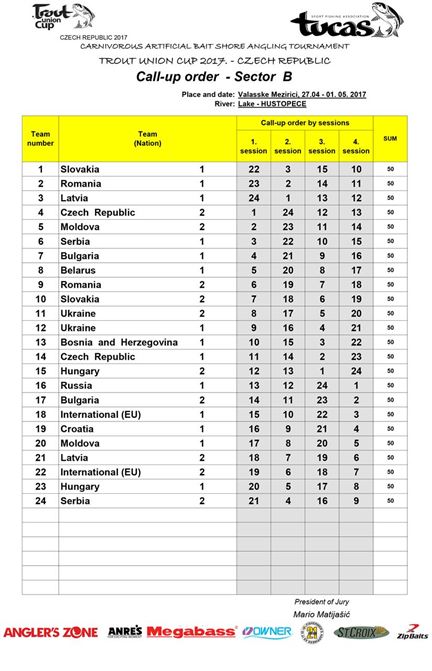 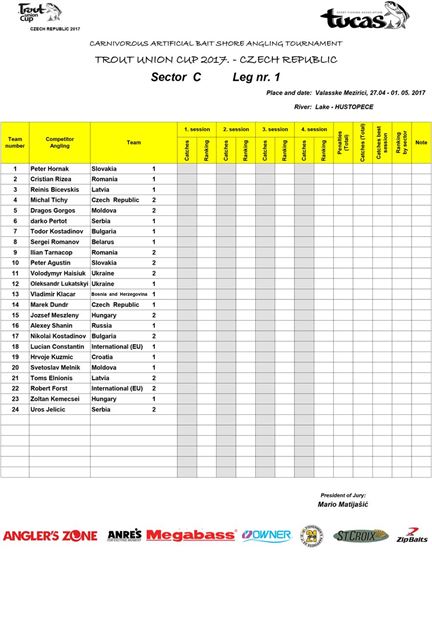 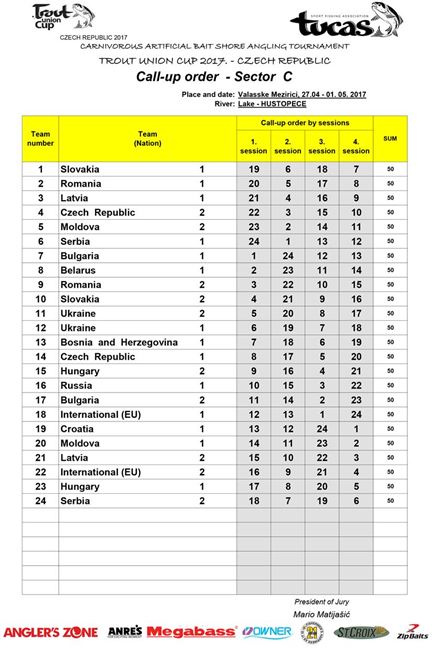