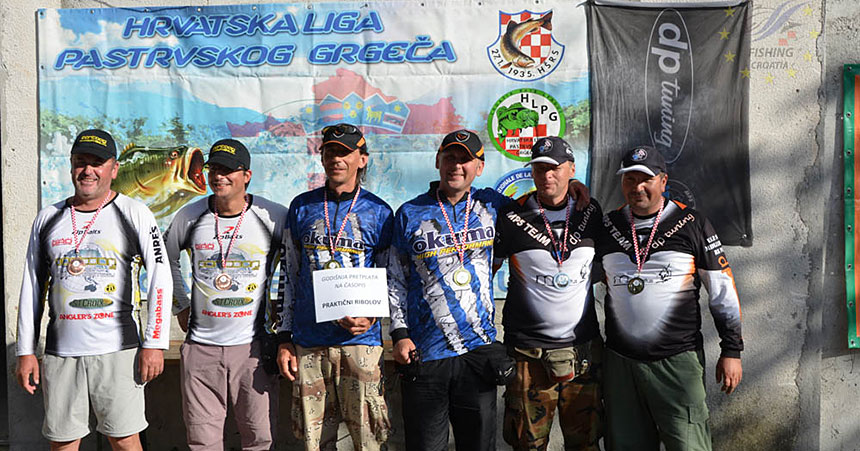 Bass fishing, as we all know, is one of the most popular fishing discipline and one of the most attractive. In Croatia every year we have more fishermans and enthusiast in bass fishing which results with more teams and competitors in official bass league too. Croatian Bass league 2015. was 6th season of discipline Bass Fishing. Throught 6 rounds of league we had 11 teams who competing for first 3 places and a chance to be a part of Croatian national team.

After 5 years, for the first time Croatian Bass League was organized completely according to FIPSed rules – from boats. As that, teams where made up of two competitors who need to ensure all details from ''new'' propositions like livebait for 5 biggest fishes catched in 7 hours long round. It was not only a quest to competitors, league leadership was needed to ensure lakes with nice bass population. It was not an easy job becouse many lakes are not so big and in the most fishing from boats is forbiden. After many negotiations choosen one are Petnja Lake and Crkveni Bok Lake. 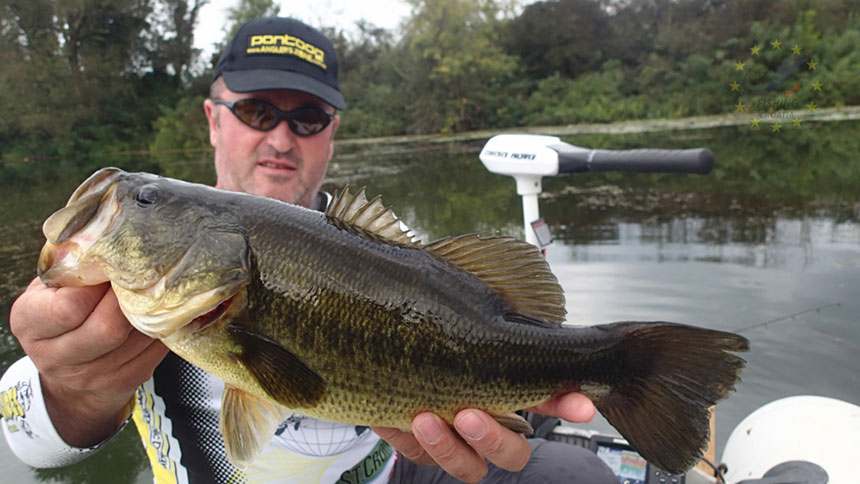 First two rounds where placed in beautifull lake Petnja near Slavonski Brod city. Lake is not so rich with bass but there swim huge one's. So, on first day of competititon was catched 10 fishes and first place was taken by Team ''ŠRD Bedekovčina'' with 3 catches. Second place Team ''ŠRK Picok 2 Đurđevac'' with 2 catches and third place with one fish was taken by Team ''ŠRK Picok 1 Đurđevac''. Three more teams had a catch but with smaller fishes. It was not so good day for basses, changing wheater and pressure keep fish steady with no actions. From previous competitions, logically, we all knew that second day is always worst then first one but it was almost the same comparing it with catches. That was one more proof about no fish activity. So, on second day 8 catches was measured. Best was Team ''ŠRU Hes Sisak'' with excellent result – 3 fishes with total weight 3.590 gr. Second place was for team ''ŠRD Korana Karlovac'' with one fish weight 1000 gr and third place was taken by Team ''ŠRD Piškor Zagreb'' with one fish weight 740gr.

All four other rounds where placed at Crkveni Bok lake which one is old bayou of river Sava and where bass population is on raising. It was a much better situation than in two previous rounds. Many fishes catched guarantee excellent fishing and competition, even the most of it where small sized. Almost all teams had full livebaits and situation was much better. In third round best result had Team ''Podravka – Bumble lure'' with amazing 4.270 gr. Second place was taken by Team ''Jezera Bedekovčina'' with 4.130 gr and third place was taken by Team ''ŠRK Picok 2 Đurđevac''. Fourth round was a day after with a little bit worst but still good. Best was Team ''Jezera Bedekovčina'' with 3.160 gr. They where followed by Team ''ŠRD Piškor Zagreb'' with 3.020 gr and by Team ''Podravka – Bumble lure'' with 3.010 gr. Hot summer wheater wasnt on side of competitors but fishing was excellent and teams competite the best they can. Difference's in points where small and competition is uncertain till end.

Last two rounds where placed in september and after it, season is at end. It was an excellent fishing again but many tactics needed to be adopted according to this time of year. We got winners of fifth and sixth round but also, final winners too. So, in fifth rounds best where: Team ''ŠRK Picok 2 Đurđevac'', Team ''ŠRD Sloga'' and Team ''Jezera Bedekovčina''. Sixth round was best for Team ''ŠRD Sloga'', Team ''Jezera Bedekovčina'' and for Team ''ŠRK La-Ban''. By respecting ''new'' rules, after 6 rounds we had new Croatian Bass Team who will represent nation on Black Bass World Championship 2015. in Italy.

Throught six round (three weekends) competitors where faced with changeable wheather conditions and different time's of a year. Adaptaion was needed expecially with a new system of competition. Finally, in six rounds was catched 69 fishes and biggest fish was bass weight 1.580 gr.

Team ''Pontoon21 ŠRK La Ban Peteranec'' (Mirko Hanžeković/Silvio Šimunčić) after six rounds take sixth place in total ranking. After a domination in last seasons, this one also started very well with second place in total ranking after two first rounds. Later, on Crkveni Bok Lake they spend too much time on searching big fishes what cost them great ranking and loosing advantage. They had full livebaits all rounds but was enought for ranking in top 5.