To answer this question we need to know what is the difference between the trendy fluorocarbon and traditional capron (dederon, nylon) line.

Let’s have a look at every point:

In the float fishing the rigidity of the line is more important than its optical properties. The soft line makes the fish less cautious, and the rigid line transmits the bite to the float.

To my mind, this statement needs explanation. If you don’t take into account the possibility of coming across some fractions of bottles or cans at the bottom, the main enemy of your line is the zebra mussel. The edges of its shell are so sharp, that sometimes one touch of this underwater scalpel is enough to create a significant damage. To make it even worse, the line may touch the shell when you are hooking off – then a fast cut and you can’t really get what happened.

It happens quite seldom when you use floats in rivers or lakes, but they happen quite often if go to the Moscow Canal. Such situations happen quite often when you hunt for bream making long-range casts. The bream likes zebra mussel colonies which it feeds on, at the same time eating fresh water shrimps. You have to put the lure on the bottom, namely on the shells. Fluorocarbon lines are very often indispensable here in spite of the fact that you need to increase the leader itself.

The durability is one more thing that anglers pay their attention to. Fluorocarbon as a polymer doesn’t have any intermolecular hydrogen binding thus being significantly inferior to the classical durable capron. I’ll take the liberty to make some visual comparisons. (the photo of reels with lines) Marxman Grand Fluorocarbon (GFC) you can see in the picture is of high quality, nowadays it the best we have. But it’s not a panacea.

It is recommended to professional anglers having enough experience of using such materials. Every time you need to choose what is more important: the speed of sinking, abrasion resistance, durability and rigidity. Even if you have to make a long leader, which drags along the bottom full of shells, I recommend you to make a shorter leader made of thin, soft and equally strong line at the end of the long line. This decision may have a significant impact on the effectiveness.

It’s impossible to predict whether you need to use fluorocarbon or not, that’s I always take it on me with the rest of the tackle. I should also point out that there were not so many situations when it was of vital importance to use it, to tell exactly, just a couple of them. 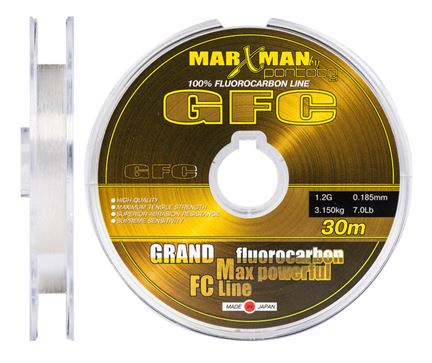 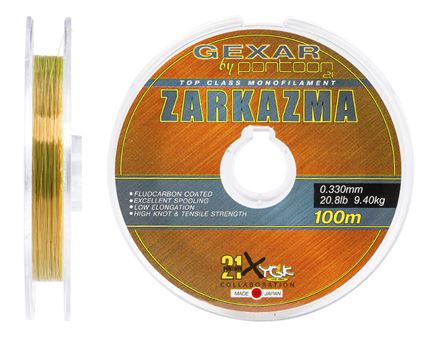 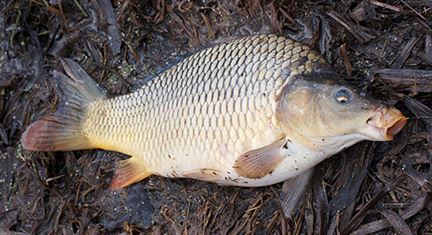