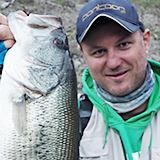 When there’s winter in Cyprus, it means rains and snows in the mountains. Moreover, it means it just the right time to go to the sea, but not to swim – to fish for sea predators. Winters in Cyprus may be different, thus sea fishing may be also different. What does depend on? Only on weather. When I was there last time a year ago, there’s was cold winter and storm every day, and that was the most suitable conditions for catching predators with a pinning rod, if you know the right place and time.

When by the sea, what would be the right place?

There’re very few places in Cyprus where you can catch large fish from the shore, and even if there’re some, practically no one knows them, and if they do, they’ll never show you. Surely, you may find these places yourself, but you are very unlikely to succeed – it’s almost impossible if you don’t know anything about fish and their habitats. I started looking for such places approximately 5-6 years ago, I used to talk to local fishermen, go to places where people usually gather at different times, and choose some places myself where predators should be.

It’s easier for me to get to some places around Larnaki and Limassol, I know them more or less, and I have enough experience of fishing there. Nowadays I’ve started thoroughly looking into that question, with experience, information and the right outfit, including warm clothes, high boots, windbreaker, sea lures, lantern, landing net with a long handle and other small things.

Having chosen one place around Larnaki near Dekelia, early in the morning I have decided to try fishing from stones with minnows. Before that I used to fish from sandy beaches, the techniques and tactics were quite different there, here I had to start everything over again.

Before going there early in the morning, I decided to check this place the previous night to get an insight about my future strategy. Arriving there at 3 o’clock in the afternoon, I took my time at choosing a deeper place among stones where the large predator usually likes to swim. Without thinking twice, I started with small sinking minnows of Pontoon21 GagaGoon, I chose a very aggressive retrieve with short pauses, something in the middle between twitching and ripping: two twitches, a pause, and you should wind the reel at the same time. As long as I’d never done anything like that, I didn’t expect the fish to bite, I just kept casting from one and the same place, trying to control the lure, because waves and winter quickly overthrew it.

Having no result for more than 30 minutes, I felt several strong kicks, but I didn’t pay any attention to them, because I thought that the lure simply caught on stones, and I continued casting in the same direction. After a few minutes, another blow, hooking and then I understood that I’d caught something. The spinning rod bent like an arc and I started to clearly feel with my hands sharp twitches! I managed to retrieve it very quickly, it turned out to be a beautiful fish (Thunnus, maximal weight up to 5-6 kilos), and I was quite happy with such state of things.

After that I had three contacts like that, but without any results. It was quickly getting dark and out of the blue there’re two more bites, and my haul got two small garfishes, 400 grams each. It’s a small thing, but it feels good. I didn’t get any more bites, and after it got completely dark, I went home more happy than ever before. It was quite good providing it was a new place and I had only one hour.

By the way, I don’t use special sea rods for this type of fishing. One of my favorite rods I use only while fishing for bass covers all the range of working lures. It is Pontoon 21 Seven&Eleven SES7116XF, 2,41 meters long, and test up to 28 grams. The rod enables to make quite an aggressive retrieve and to make long-range casts. More importantly, it has a big dampening effect thanks to the strong butt end.

Of course, after a sleepless night, I was there at 5 o’clock in the morning. There’re no fishermen, and I was casting the lure into dark water absolutely alone. Surely, it is quite uncomfortable to go through the stones at night, but I was captured by the process and didn’t pay any attention to such trifles. Hoping to catch larger fish, I used a bigger minnow. Successful and universal big DUO Realis Jerkbait 120. I kept casting it for 40 minutes without a break… even my hand started to ache, that’s why I decided to use a smaller lure, the one I used yesterday, but before that I made a couple of casts into the darkness, and there was a blow!!! My friction on the reel started to rattle like blazes, and my rod behaved as if it tried to test it having tied it to a tractor with the intention to break it. I quivered with my whole body, holding the rod I understood that I’d got something or someone terrible at the other end of the line. I couldn’t even work with the reel, it continued pulling towards the sea. But then having calmed down, I started working with the rod only, gradually pulling IT to the shore, it resists, friction kept rattling, though it was stopped all the way in. this fight lasted like 5-7 minutes, then there was a sharp jerk and that’s all… I thought that the line had broken, but it turned out that the fish had just taken off. I was very sorry, of course, I had been expecting the dream of a fish but I didn’t even think that my first time would turn out to be like that… After a 5-minute break, I continued casting into the darkness, but sure enough, no bites followed, only in the morning, at 8 o’clock, I managed to catch a stick pipe fish and then feel another powerful blow. Thus, I finished my day.

Some ideas about tackle

Honestly, I didn’t expect my first attempts at sea fishing to be like that, though I was satisfied with the results. Having analyzed both attempts, I drew a conclusion that it’s necessary to cast as far as possible – it means that the braided line shouldn’t be very thick but secure – as well as big sinking minnows with good hooks, active twitching and, of course, perfectly adjusted friction.

Well, my tackle is:

Braided line: Pontoon21 Exteer number one 1 according to the Japanese classification. You may also use 0.8, и 1.2 depending on the conditions.

Lead: ultra-strong and secure fluorocarbon Pontoon21 GFC is perfect in this case. You should choose the diameter depending on the conditions and assembly of the tackle.

Having looked into details, I’m getting prepared for the next trip at home. What I should pay your attention to is the retrieve, it should be very sharp without big pauses, and there’re some other details about the tackle. In this respect, I’ve decided to reduce the diameter of the fluorocarbon lead – from 0.285 to 0.26. – and make it more than 3 meters to dampen powerful blows and to be on the safe side during retrieves, not being afraid that the line would break on the stones.

I arrived there in the evening, it was two hours till sunset, and it was enough for me to have a good time fishing. This time everything was different – my hope for the fast biting failed, I had to wait for more than an hour, casting in different directions. And finally there was a blow, I hooked it, and by its resistance I understand that it is neither garfish nor horse mackerel. And only by the shore I receive a powerful resistance and see a long nose and head sticking out of water – it turned out to be a stick pipe fish. It’s an interesting and beautiful fish, no other way. Long head, big eyes and a very small mouth which helps it to hunt for small fish among the stones. It’s very pleasant to feel another biting in some unknown place, and it’s even more pleasant to see a new sea creature.

Pontoon 21 GagaGoon minnows worked perfectly, there’re no trips without results, which makes me very happy. I think that it’s only the beginning of my long friendship with the sea, and very soon I will continue my quests in search of new sea trophies. 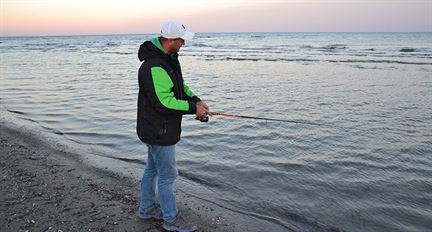 catching by a spinning photo 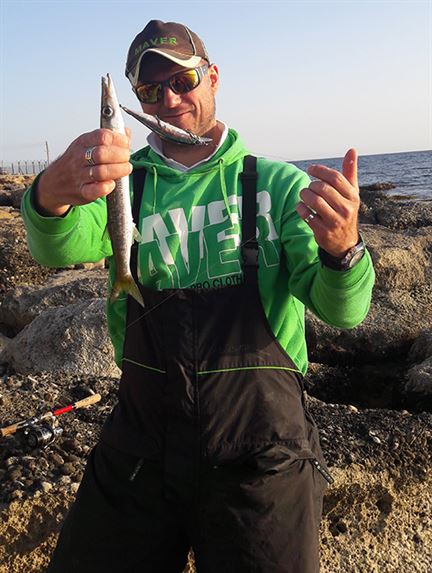 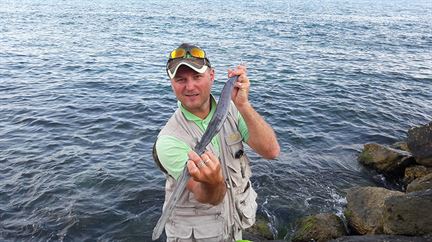 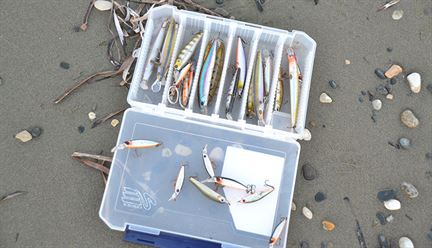